The Difference Between Cognitive Aging and Alzheimer's

Written by Visiting Angels Homecare on 06 September 2016. Posted in Blog

If your parent is beginning to display some memory problems, and over time most of us will, it's important to determine if this is only mild cognitive aging or the beginning of Alzheimer's or another form of dementia.
Why is this important? Because a person with mild cognitive impairment can continue to function somewhat normally. She may not be able to remember names or words as readily, but this is not a progressive ailment that indicates radical lifestyle changes are needed, it's just part of the aging process. Do you know how to tell the difference?
Alzheimer's disease is not a natural part of aging. It is a disease, a form of dementia that affects at least two of the four domains of cognitive function:
Over a three-to-five year period, if your parent is struggling with only mild cognitive impairment, there is about a 50% chance she will remain at about the same level or perhaps improve slightly with diet and other lifestyle changes. That means there is also about a 50% chance she will continue to decline as Alzheimer's or another form of dementia progresses. For a very small percentage of people (5-10%) whose dementia has been caused by such things as vitamin B12 deficiency, overmedication, depression or a thyroid disorder, dementia may be reversible.
So other than waiting to see if the mild cognitive impairment blooms into full-blown dementia, how do you tell the difference? See a neurologist or gerontologist. There are weighted psychological tests that, when administered along with brain scans (amyloid PET scan), can indicate the presence of Alzheimer's disease even in its early stages.
With Alzheimer's, nerve cells in the brain die. With normal cognitive aging, they just don't work as well. Although some researchers say there is no definitive way to diagnose Alzheimer's except with a post-mortem autopsy, if the brain scan is negative then Alzheimer's can be crossed off the list.
Once you receive a diagnosis, then you can determine your course of action, whether that involves care planning, financial planning or legal matters.
And whether it is Alzheimer's or only mild cognitive impairment, there are lifestyle changes that can be made that will help keep almost anyone in better shape mentally and physically: 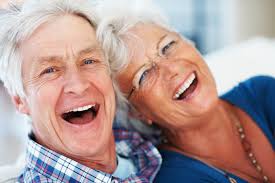